The Boy Who Danced On Air

written by admin
in category Uncategorized 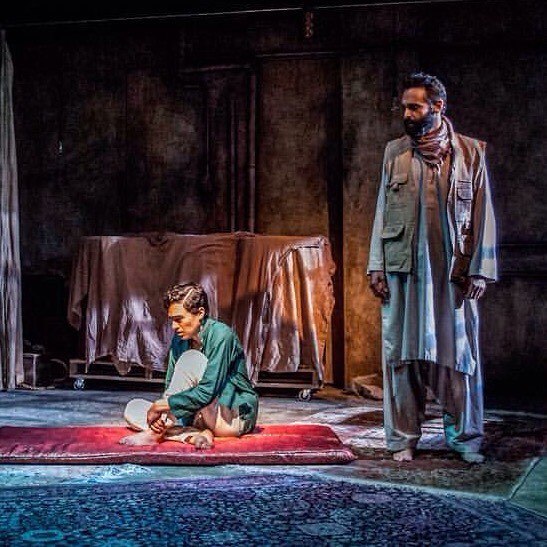 A new musical on a tough topic

Musical theater has demonstrated over the past couple of decades in particular that it can stretch to accommodate all kinds of difficult subjects: mental illness (“Next to Normal”), drug abuse and AIDS (“Rent”), the struggle for human rights (such Broadway shows as “Fela!” and the Old Globe-bred “Allegiance”). Still, it’s not terribly often that a small company such as San Diego’s Diversionary Theatre will step up and take on a musical as topical and potentially controversial as “The Boy Who Danced on Air” — and stage the piece as a world premiere, no less.

“It takes a lot of guts to be the first to premiere this show, to put it on its feet,” says “Boy” writer-lyricist Charlie Sohne, who hopes the show he created with composer Tim Rosser will eventually make it to New York. “This (Diversionary staging) alone has opened up a lot of doors for us.”

The musical, set in Afghanistan, centers on an abhorrent practice known as bacha bazi, “which is technically illegal but, particularly in certain rural areas (of the country), is still practiced to this day,” Sohne says. As he describes the practice, “Wealthy older men buy boys from poor families and train them to dance, and then they parade them around at these parties, and very often sexually abuse the boys.”

Bacha bazi also surfaced in the 2003 novel and subsequent movie “The Kite Runner.” But Sohne first learned about it through a 2010 “Frontline” documentary. “Watching it was sort of instantly destabilizing, because I didn’t know anything about the practice at the time,” Sohne says. “And learning about bacha bazi challenged a lot of things that I thought I knew.”

In “The Boy Who Danced on Air,” which earned Sohne and Rosser a prestigious Jonathan Larson Grant (named for the late creator of “Rent”) in 2015, two teenage boys named Paiman (Troy Iwata) and Feda (Sittichai Chaiyahat) form a close bond while trapped in bacha bazi. The musical, the creators say, focuses on the relationship between those two while also putting bacha bazi in a context that goes beyond Afghanistan.

“When I did the research, one of the things that was striking to me was reading how these men talked about the tradition in terms of the fact it’s almost connected to a moral structure, which was really surprising to me, given the abuse that goes on. That immediately was the thing that caused me to think about our own society. And very often how certain rules or traditions are given moral weight because they’ve been around for a while. That was sort of the seed.”

Rosser acknowledges he was apprehensive at first about the story and its cultural backdrop. But as the two discussed the material, he realized “this was a great opportunity to explore a world and a group of people I’d never explored before. And I think that’s what people can look forward to in coming to see the show, too.” The composer says he immersed himself in traditional Afghan folk music and was inspired by some of its techniques in writing the score, which will be played by a five-piece band incorporating instrumental textures from the region.

Of the partnership with the LGBT-based Diversionary, Sohne says it was “such a great fit from the beginning,” and he lauds the ambition of executive artistic director Matt M. Morrow. “Even though it’s a five-person musical, it’s a pretty big (production) and it’s never been staged before,” he says. “This is sort of everything you want in the process.”